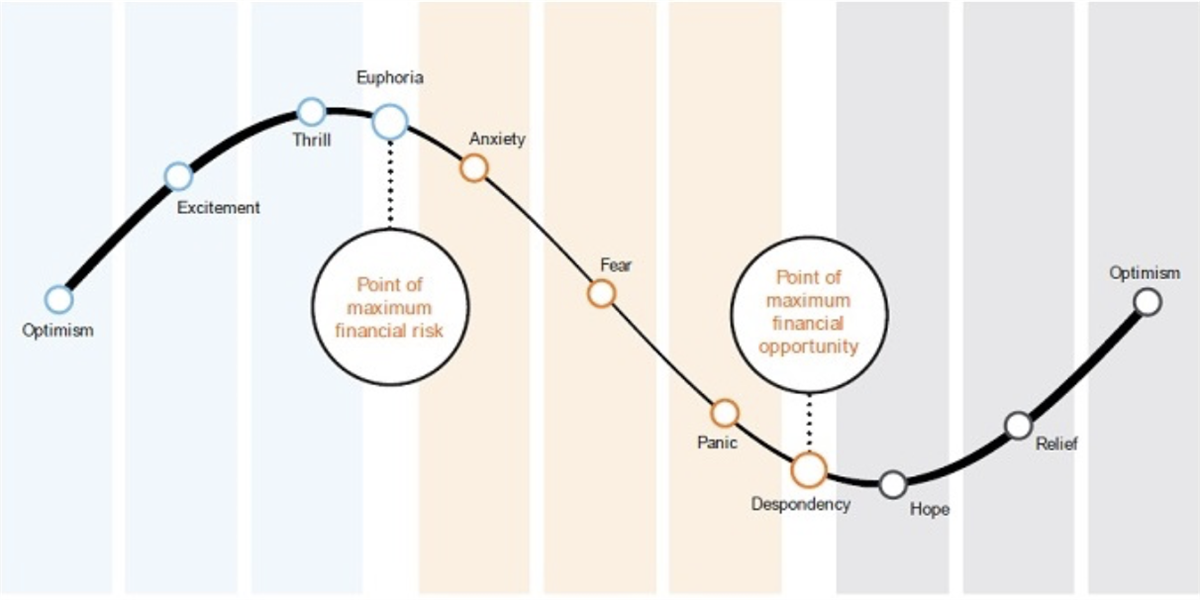 How can an investor who started at the beginning of 2018 be worse off than someone who invested at the end of 2018?  The answer is abnormal market volatility.  Over the 11 year bull-market since 2009, the past  2 years have been marked with extreme market shifts in sentiment.  What makes these shifts extreme is how quickly they are occurring.  Generally when we see market corrections, or markets that turn from bull to bear, we notice underlying economic indicators rolling over and therefore a larger economic downturn on the horizon. Whenever the economy is suspected to be soft for years to come it makes sense for the stock market to begin a steady downtrend.

So why such dramatic changes in asset prices when employment is at decade lows, consumer confidence at decade highs, and a US trade imbalance that is finally reversing positively?  The answer to that question is emotions.  Markets present opportunities when investors miss price assets because of either irrational exuberance or extreme despondency.  Over the last 24 months we have seen both... and perhaps even over the last 3 weeks.

How are you feeling?  Are you scared? Are you anxious?  Are you outright despondent?

What happens at the end of a hard downturn?  Capitulation

Capitulation is when investors give up any previous gains in any security or market by selling their positions during periods of declines. A market correction or bear market often leads investors to capitulate or panic sell. The term is derived from a military term which refers to surrender.

Periods of capitulation are marked by extreme volume and excessive price action to the downside, followed by strong recoveries.  Sellers dump shares as they become despondent about their previous decisions until they have nothing left to sell, at which then buyers out number sellers. This leads to a change in the market dynamic as buyers begin gobbling up whatever they can get their hands on.  While capitulation is difficult to identify before it happens we know what the warning signs are based on our previous experiences.

Here are a list of previous market capitulations and the S & P 500 returns 12 months after the fact:

While we aren’t pretending that we have a crystal ball claiming that this is in fact capitulation, we do believe we are seeing many of the warning signs associated with it.

Past performance is not indicative of future returns.