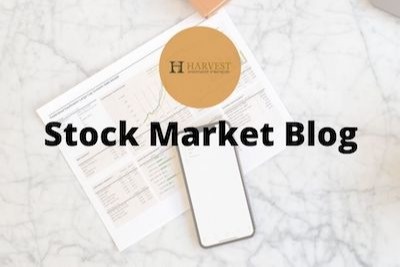 What is priced in?

The S&P 500 is down basically 25% through the first 188 trading days of the year.  Going back as far as 1928, this is the fourth worst start to a year for the index.  So, if you've felt like this has been a tough bear market your feelings would not be inaccurate if not even exacerbated by the fact that this has taken a meaningful period of time.  It has been 269 days since the market peaked, the longest period on record since the great financial crisis of 2008. Fortunately, the market is generally a leading indicator of the economy meaning that potentially the worst drawdown of equities will have passed long before the negative news headlines disappear from media outlets. This leads us to ask the question , 'What is priced in?'

It is no well-kept secret what variables are swaying the market this year:  inflation, interest rates, treasury yields going up, Russia-Ukraine War, supply chain kinks, and fears about how drastically growth is effected by each one of these.  In other words, how pronounced are the domino effects?

Are all of these variables priced in, or at least beginning to be priced in given the suppression of current valuations?  Asking that question forces you to sift through the deluge of data and focus on what the market could do next instead of feeling despondent about what the market just did. We created the chart below, by looking at historical data on the valuation of the S&P 500 before, during, and after various recessionary periods, to see if any conclusions can broaden our perspective on the current market situation. 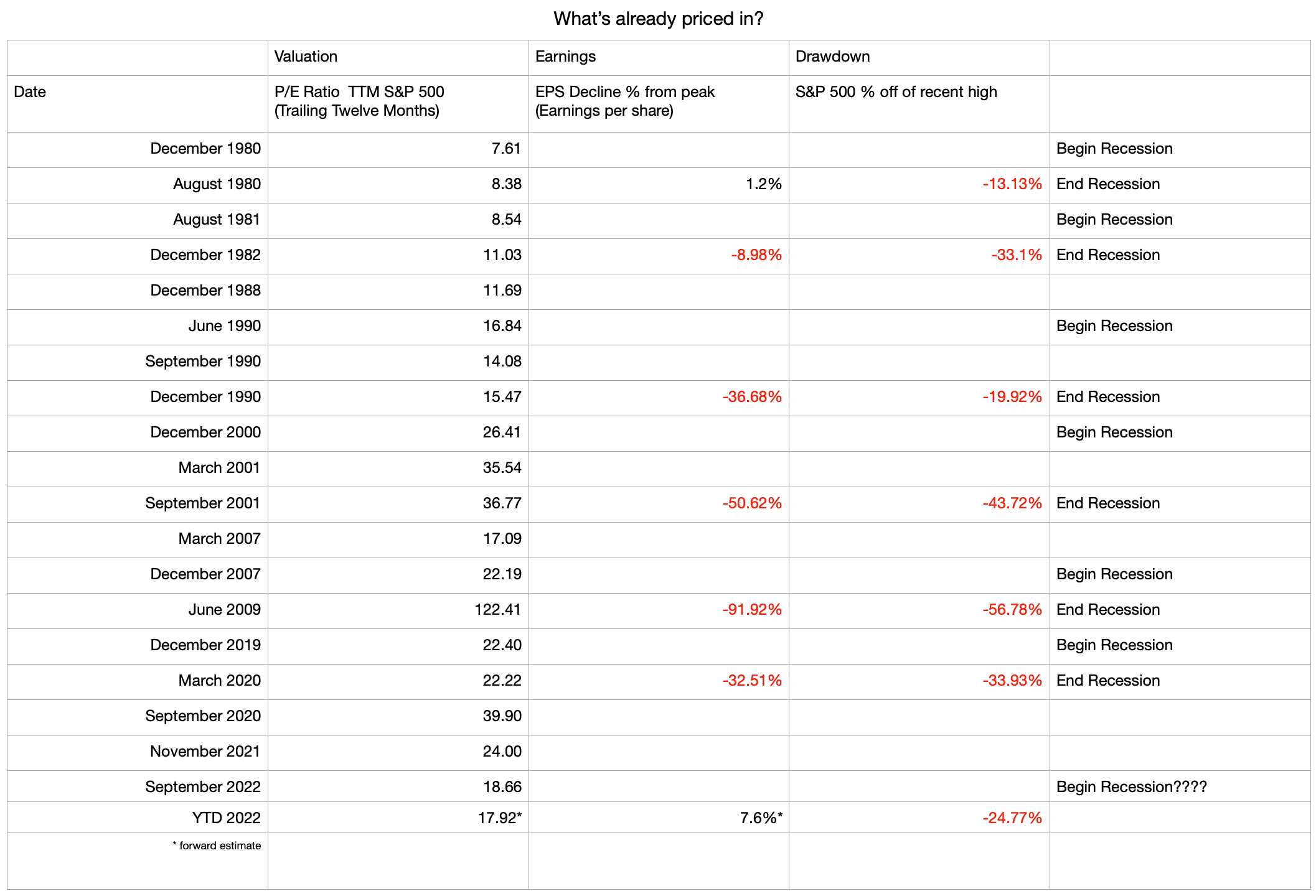 1) Valuations tend to be moderate to low end of the range at the start of recessions.

This is potentially due in part because recessions are declared in a backwards looking fashion.  For example, the NBER may not declare our current recession until Spring 2023 looking backwards saying that it began in September 2022.

2) Valuations tend to rise in and throughout recessionary periods

This is because companies earnings drop during recessions, on average.  When earnings fall rapidly, if the price remains the same, then valuation goes higher at the expense of falling earnings.

As the economy slows down and consumer spending slows with it, companies are not as profitable.

One of the most important oddities of our current environment is the lack of earnings suppression. The current 2023 S&P 500 earnings estimates are anywhere between 4.6-7.6% growth.  Yes, growth. Not a large red, negative number like we've seen in past recessions.  While the current estimates are in fact estimates, the fact that we have already been in market correction for 269 days (as mentioned above) and companies are still estimating that they can grow their profits should at least serve as a silver lining of hope.  If profits can prove resilient through the midst of the aforementioned variables that are swaying the markets, then quite possibly our current drawback is a rare buying opportunity.

What are the risks of buying now?  Each investor has their own risk tolerance, time horizon, and individual investment objective; however, if the year 1980 or 1982 serve as any example then the bulk of the drawback may have already occurred.  If you've been invested throughout this tough pullback, then these signs should be encouraging.  More data on inflation and spending is constantly being released and the Federal reserve is still reacting by moving their interest rate guidance.  Our intent is not to time the market and our hope is that, by sharing these conclusions with you, you'd gain encouragement to stay invested through these volatile times.

Opinions expressed are that of the author and are not endorsed by the named broker dealer or its affiliates. All information herein has been prepared solely for informational purposes, and it is not an offer to buy or sell, or a solicitation of an offer to buy or sell any security or instrument or to participate in any particular trading strategy. The Standard & Poor's 500 (S&P 500) is an unmanaged group of securities considered to be representative of the stock market in general. It is not possible to invest directly in an index. No recommendation should be inferred from any information presented in this article.