“Time… is on my side.  (Yes, it is!)” Mick Jagger sings.  If you’re in your 20s or 30s, then that is true of you.  One of the most unfortunate problems we experience with new clients is that they’ve waited until later in life to begin saving and investing for retirement.  As you can probably relate, most people in their 20s and 30s aren’t very concerned about retirement, and don’t really make any plans or decisions to begin climbing that mountain.  Regrettably, this is one of the worst decisions that you can make in the realm of personal finance.

Why is it so important to begin saving for retirement early?  Why is failing to start early such a detriment?  Well, let’s take a look at a case study that demonstrates the power of compound interest (or return). 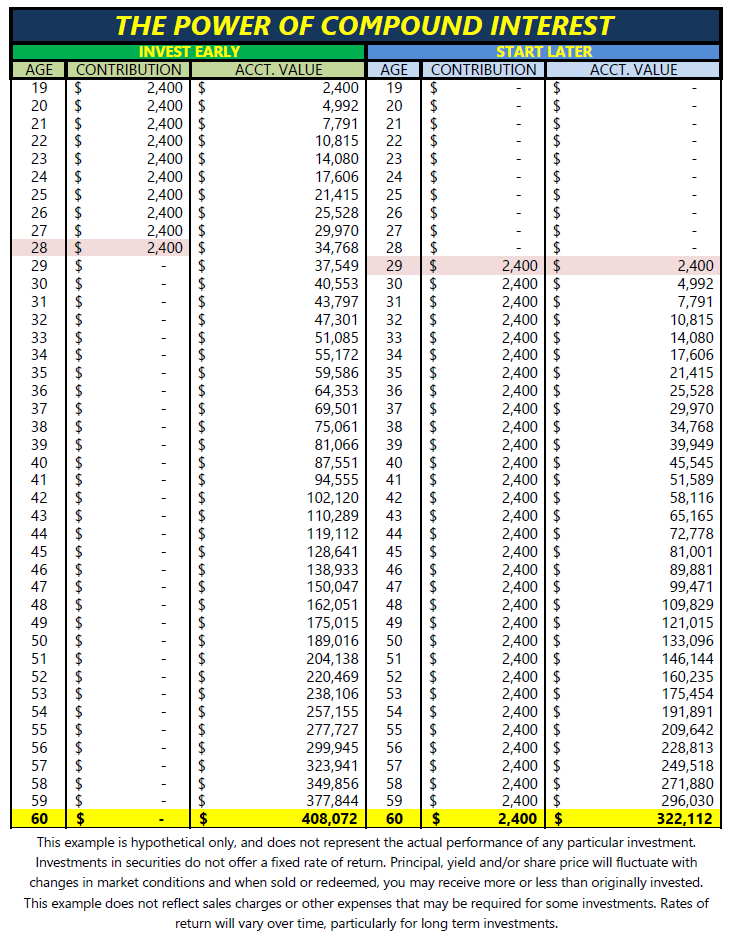 Now let’s examine the other person.  This person is the same age as the other person, but he started investing 10 years later.  He invests $200 into retirement every month until he retires at age 60.  That’s 32 years!  Based on a 8% average return over the long term, this person has contributed $76,800 and accumulated only $322,112 in his retirement account.  That’s over $300,000, which is certainly nothing to be ashamed of, but it’s a far cry from $408,072.  And the reality is that you don't have to be like the first guy and stop contributing after 10 years; you can keep contributing to retirement.  The moral of the story is start early.

Saving and investing for retirement is a sacrifice: you give up that money and its uses today in order to have money and its uses in the future.  If you’re still relatively young, the good news is that time is on your side!  If you’re not quite so young, then there is not as much time on your side, but you do still have some time, and it’s best to make the most of it while you can.

Almost everyone will want to stop working at some point in their life and will need retirement assets to fund their lifestyle.  Being prepared for retirement is your responsibility.  You can’t just wait until you’re 60 and decide to quit while having nothing in retirement savings.  Remember: retirement is not an age, it’s an amount.

You deserve an advisor you can trust to give you an objective evaluation of your financial situation and clear advice to help you plan your future.  Give us a call, send us an email, or stop by our offices to learn more about being prepared for retirement.  We can examine your current financial status, and show you what you can do to be ready to retire someday. 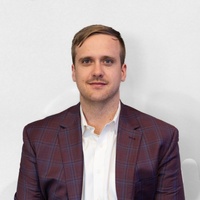 Will joined H.I.S. in April of 2022 after beginning his career at Edward Jones. Prior to working in the securities industry, Will graduated from Ouachita Baptist University in 2019. At Quachita Baptist will received his BA in Finance...